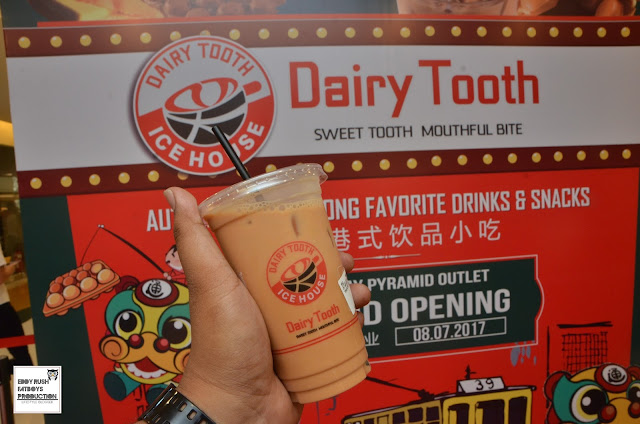 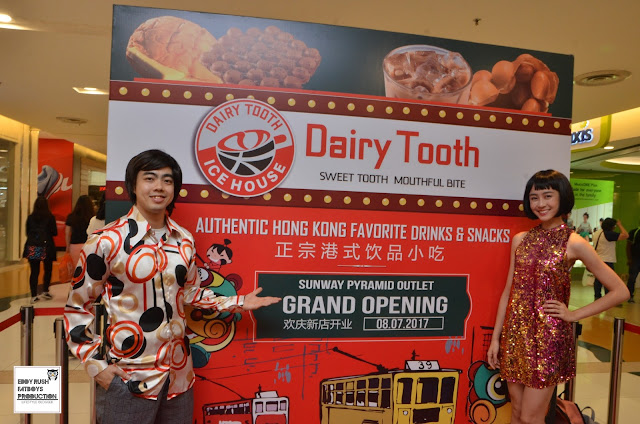 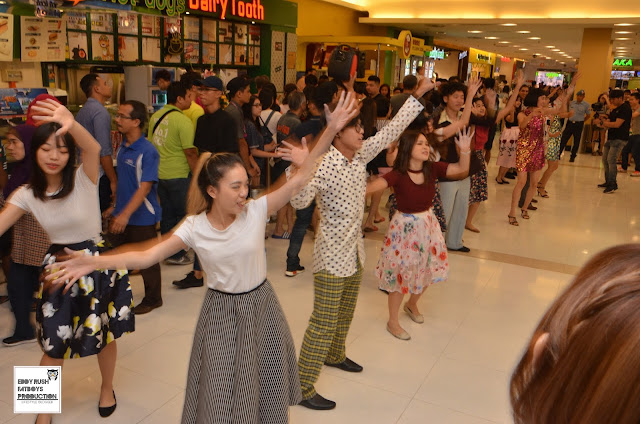 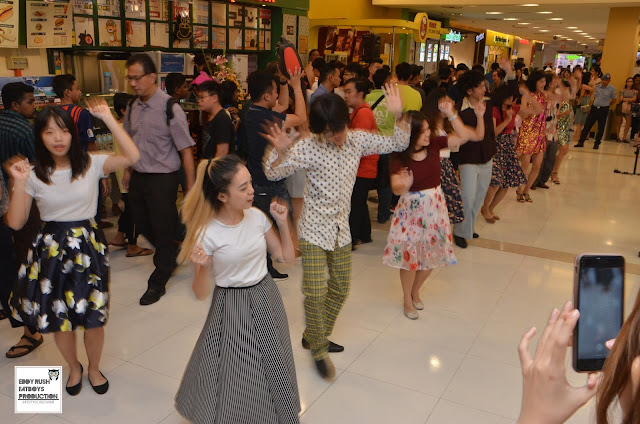 Their officially Grand Opening happens at 8th July 2017 in Sunway Pyramid Mall and Perform by a group of youngster that wore in 80s with classic song dancing Flash Mob in public to all the shoppers . The dance attracted all the shoppers stand still a while and enjoyed Dairy Tooth promotion at the same time with free drinks or half price on purchase . 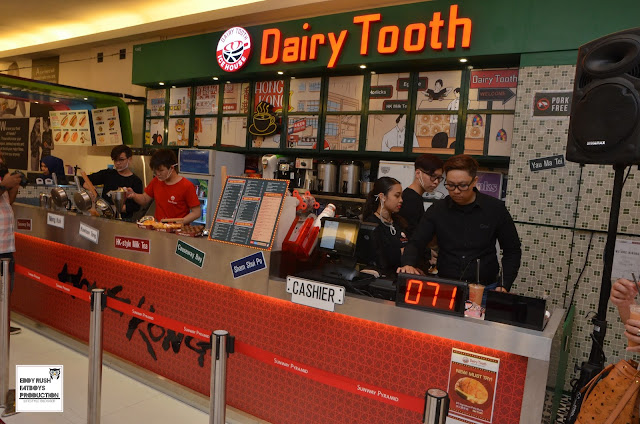 Originated in Hong Kong since 2015 , Dairy Tooth Ice House is a Hong Kong style cafe with local delicacies consisting of light bites and beverages . These Hong Kong style servings become the choice of society at all ages for its addictive milk tea , puffs , toast , waffles and many more . Their outlet in Sunway Pyramid will be the most unique out of all three due to its kiosk like features . Its strategic location at one of the busiest walk ways where other eatery brands also reside contributes to its vibrant atmosphere . 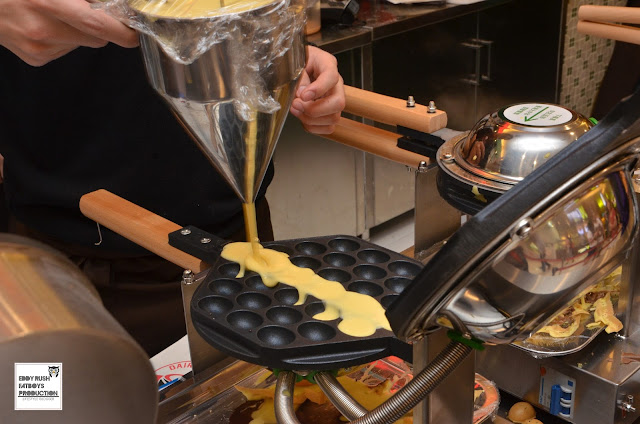 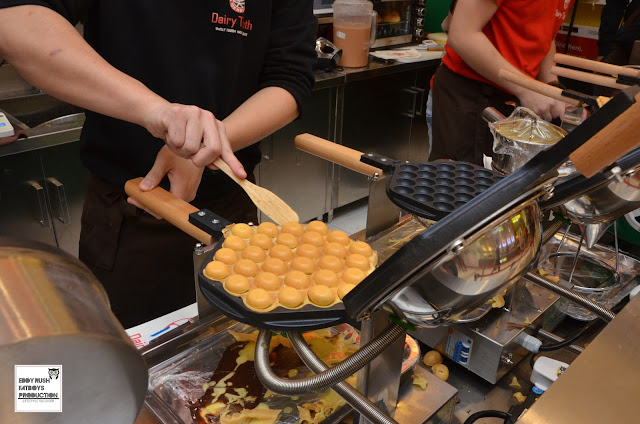 The irresistible allure that everyone will look forward to here are the Hong Kong snacks and Silky Milk Tea . Silky Milk Tea is a top grade red tea brewed in a hand held silver pot whereby the tea is filtered with white cotton sieves to blend with milk . Besides that , the Hong Kong snacks such as egg puffs and chocolate French toast are highly demanded because of its unique and delicious taste . According to Andrew Lau , a director of Dairy Tooth Ice House , " Ice house represents the culture of Hong Kong Dairy Tooth Ice House carries the symbolic of old Hong Kong . We hope patrons do not only savor beverages and light bites but also experience the silky milk tea enjoyed by the Hong Kongese back in the old days with fluffy egg puffs . " 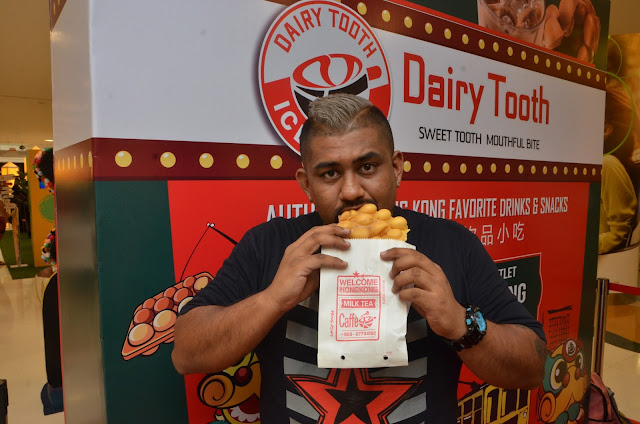 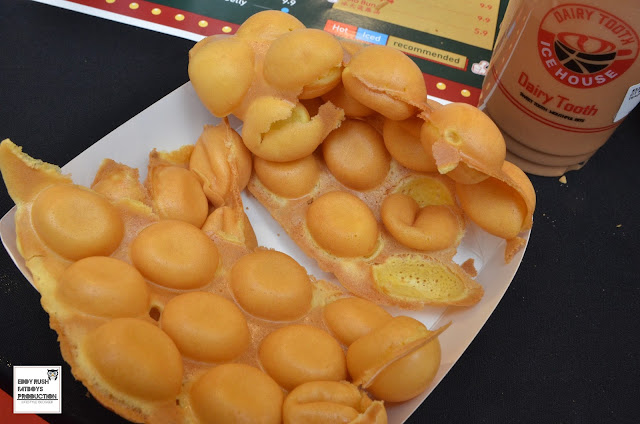 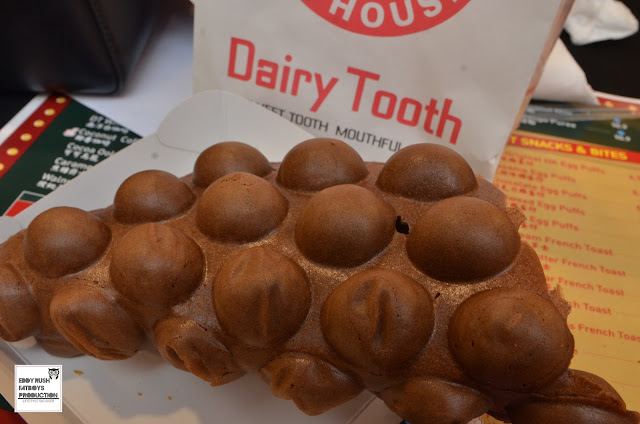 Dairy Tooth Original HK Egg Puff
Egg Puffs are one of most popular signature snacks in Dairy Tooth which cost RM6.90 TO RM8.90 . A good news to egg puff lovers , Dairy Tooth ice house has it all in various flavours including Wasabi , Chocolate and also cheese . This is a traditional snack which has the fragrance of eggs .
With over 1,000 chains of store in 143 cities in Hong Kong with the existing two outlets in Malaysia , Dairy Tooth Ice House is wekk placed to make this new outlet in Sunway Pyramid another great success .

Jaya One
Jaya One , The School