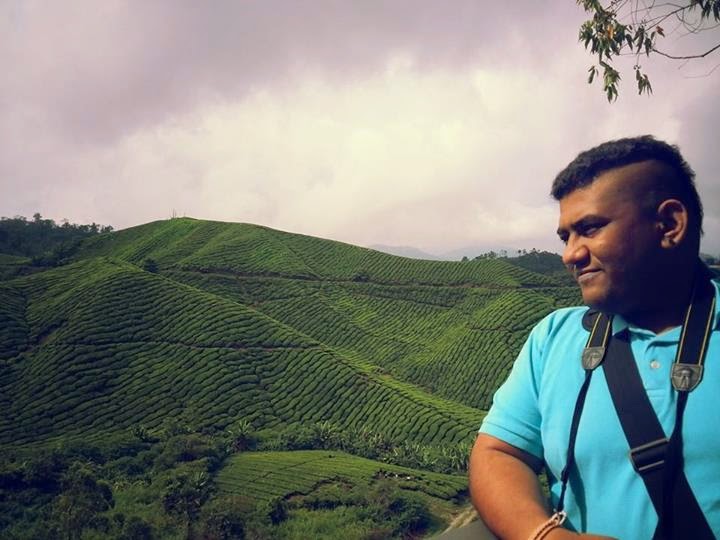 In 1885, the surveyor William Cameron, described the 1,500 m high Cameron Highlands as a fine plateau with gentle slopes, shut in by lofty mountains. His account was the first record of the ascent on the mountain range although the native Orang Asli had been visiting the mountains for centuries
BOH Plantations Sdn. Bhd. has a total of 8000 acres planted with tea. The BOH Tea Plantation, which is located at Cameron Highlands, Pahang, Malaysia is also the largest tea plantation in Southeast Asia.
The current slogan of BOH tea products is "BOH ada Ummph!" (BOH has Ummph!).
BOH Plantations was founded in 1929 by J.A. Russell, a British businessman during the British colonial era in Malaya. He was optimistic of the tea plantation business due to huge demands despite of the world-wide Great Depression at that time. As a result of the potential, he applied for and was granted a concession of land for his first tea garden in Habu, Cameron Highlands. 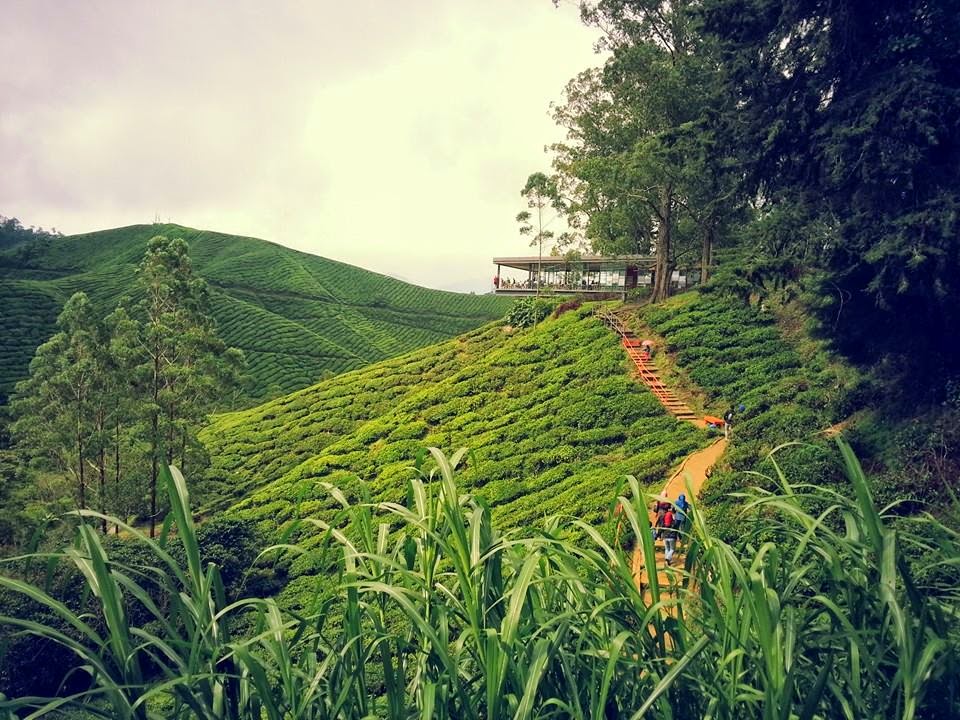 Today, BOH Plantations owns four tea gardens – Habu, Sungei Palas and Fairlie situated in Cameron Highlands; and Bukit Cheeding in Selangor. To ensure the freshness of its tea products, BOH Plantations also set up a packaging factory near its main garden. BOH tea products are distributed both in domestic and international markets.
The Fairlie tea garden utilises some of the most modern machines in the world.
With a production capacity approaching 3000 kg per hectare, the company produces 4 million kg of tea annually which translates to about 5.5 million cups per day. This represents about 70% of all tea produced in Malaysia.
Today BOH exports its brand of prime grade teas to various countries including the USA, United Arab Emirates, Japan, Singapore and Brunei. 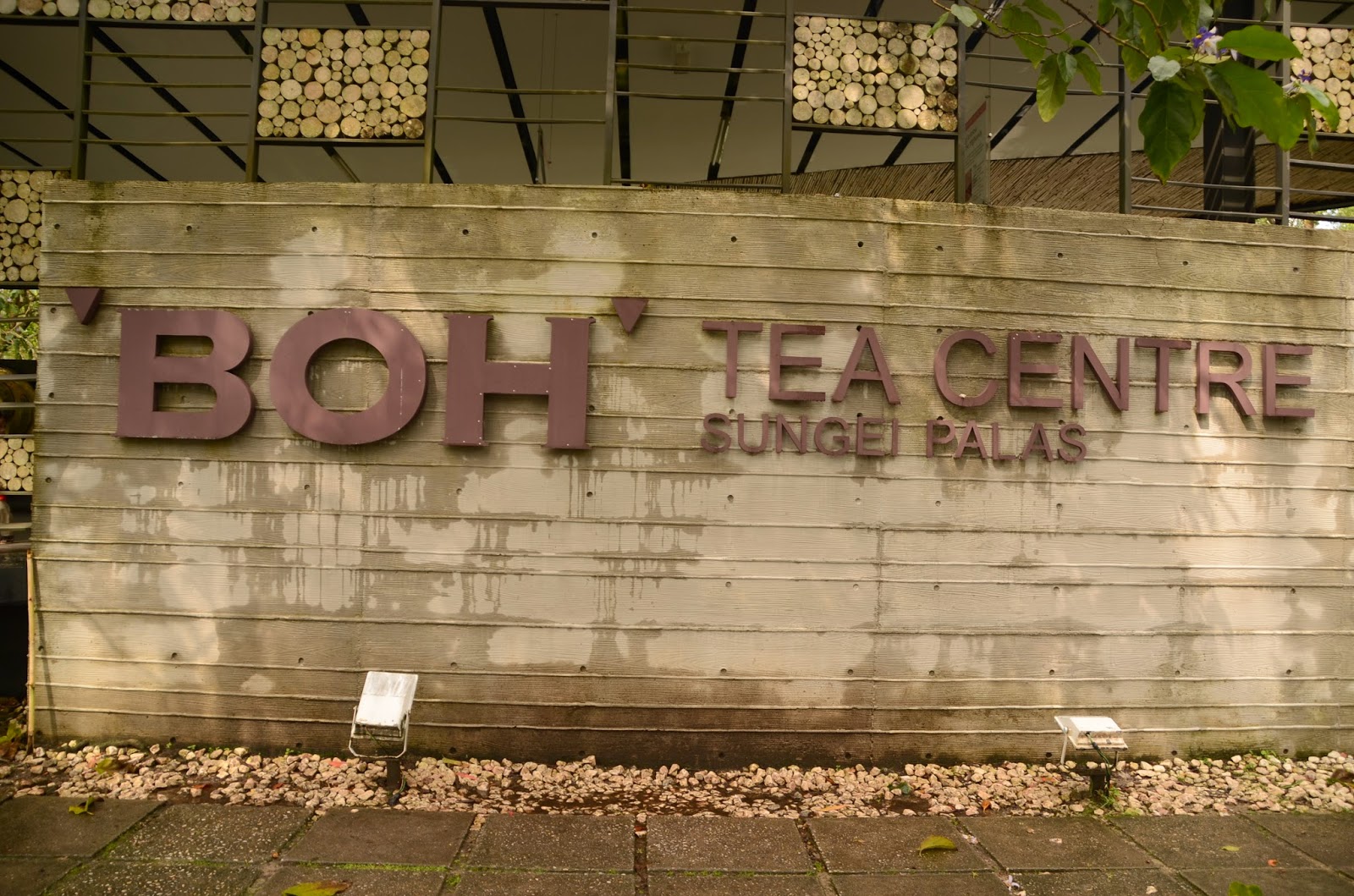 That's the Sungai Palas Boh Tea Center. Located on a hilltop, amidst rows of tea bushes and close to Mount Brinchang, it offers spectacular views from a 20 foot overhanging platform. The Tea Centre is home to the Tea'ria, a souvenir and tea shop as well as an exhibition area with comprehensive information about the tea manufacturing process. 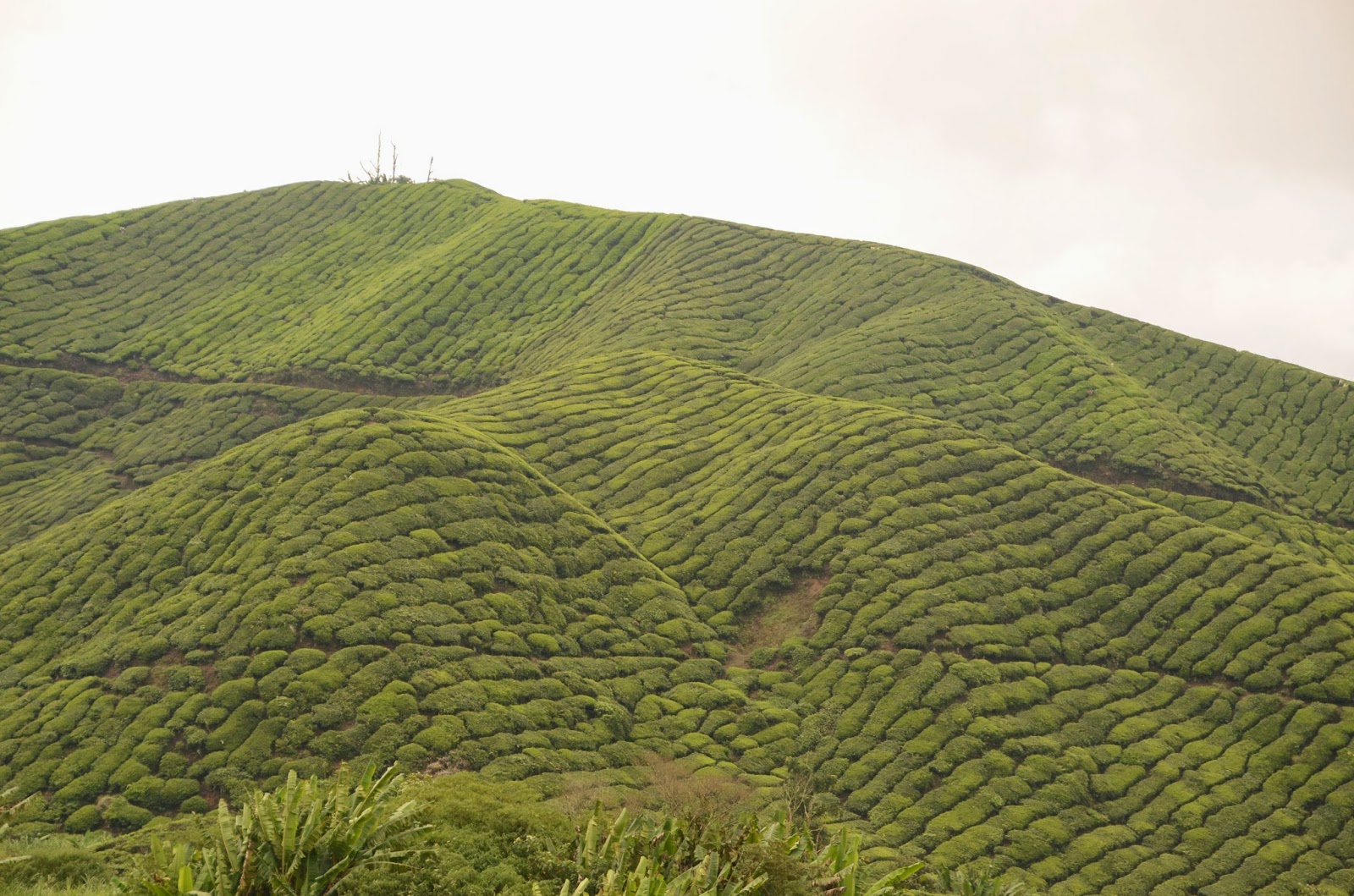 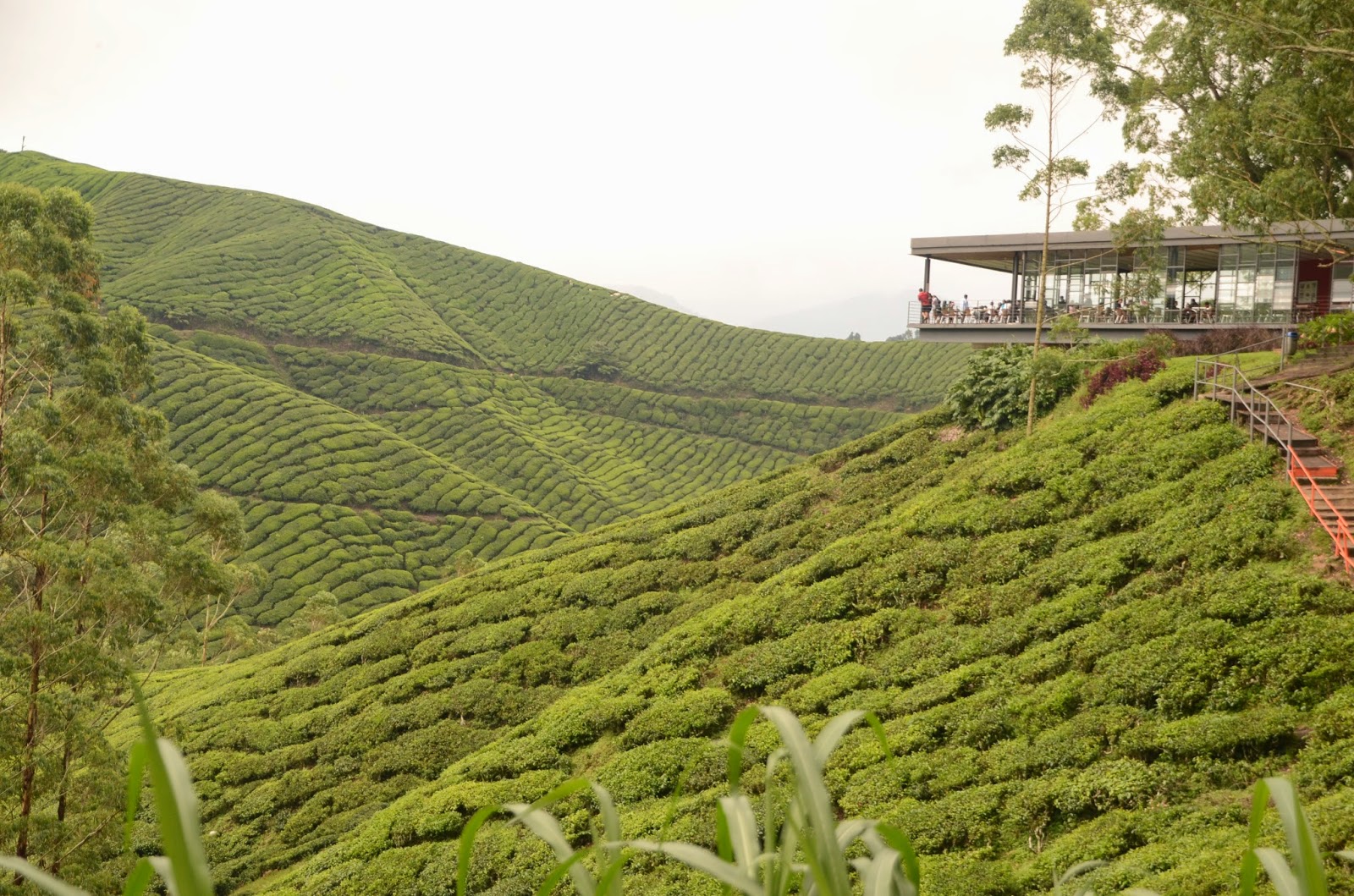 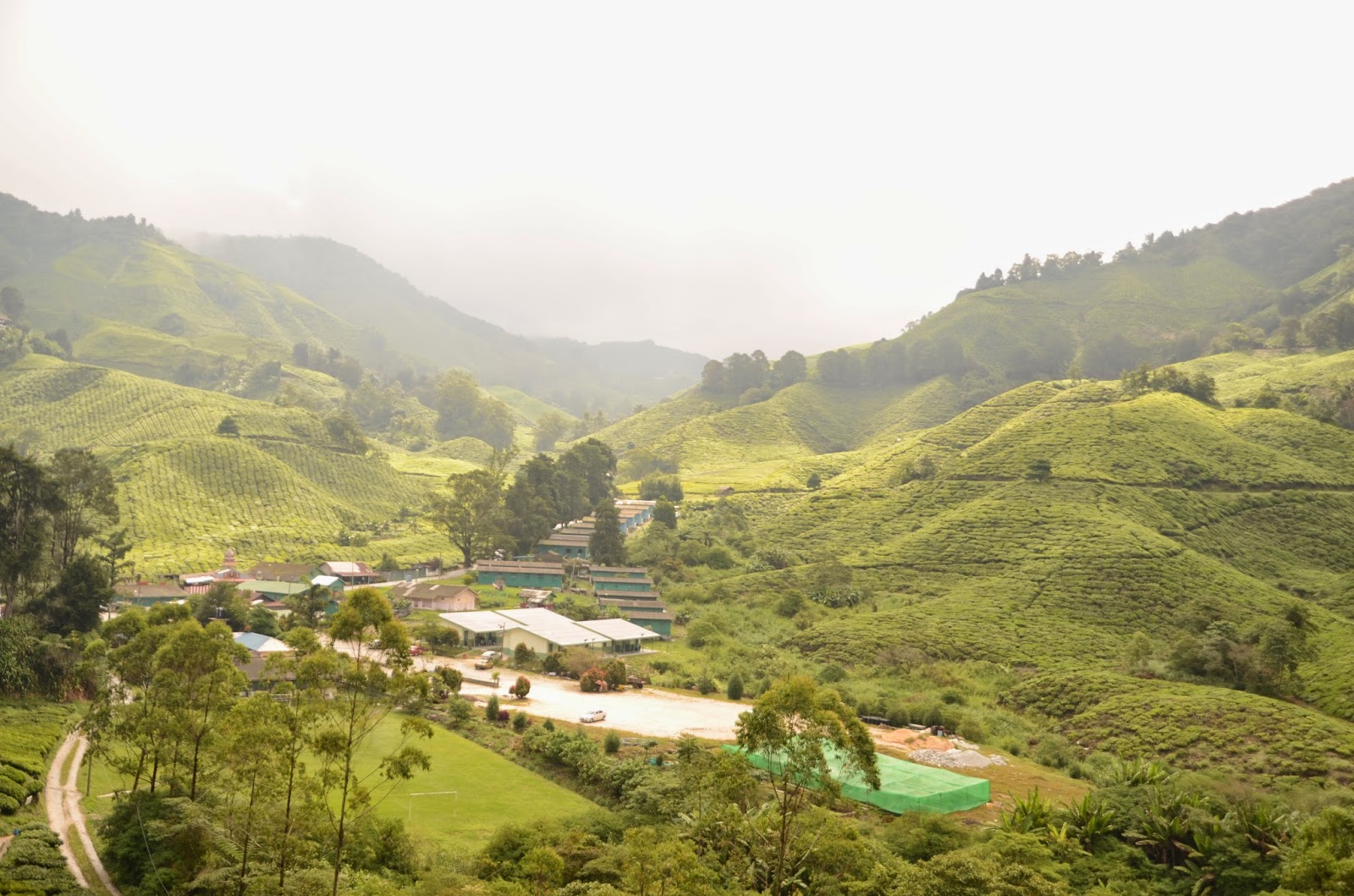 Traditionally, tea cutters with modified garden shears trimmed the outer layers of the plants that line the steep mountainsides. Today, many green tea plants are trimmed mechanically but it's still possible to spot the occasional picker hand trimming the bushes.
Only the bud and the first two leaves are plucked using a small modified hand shear. The worker then throws the picked leaves over his shoulder into the wicker basket carried on his back. 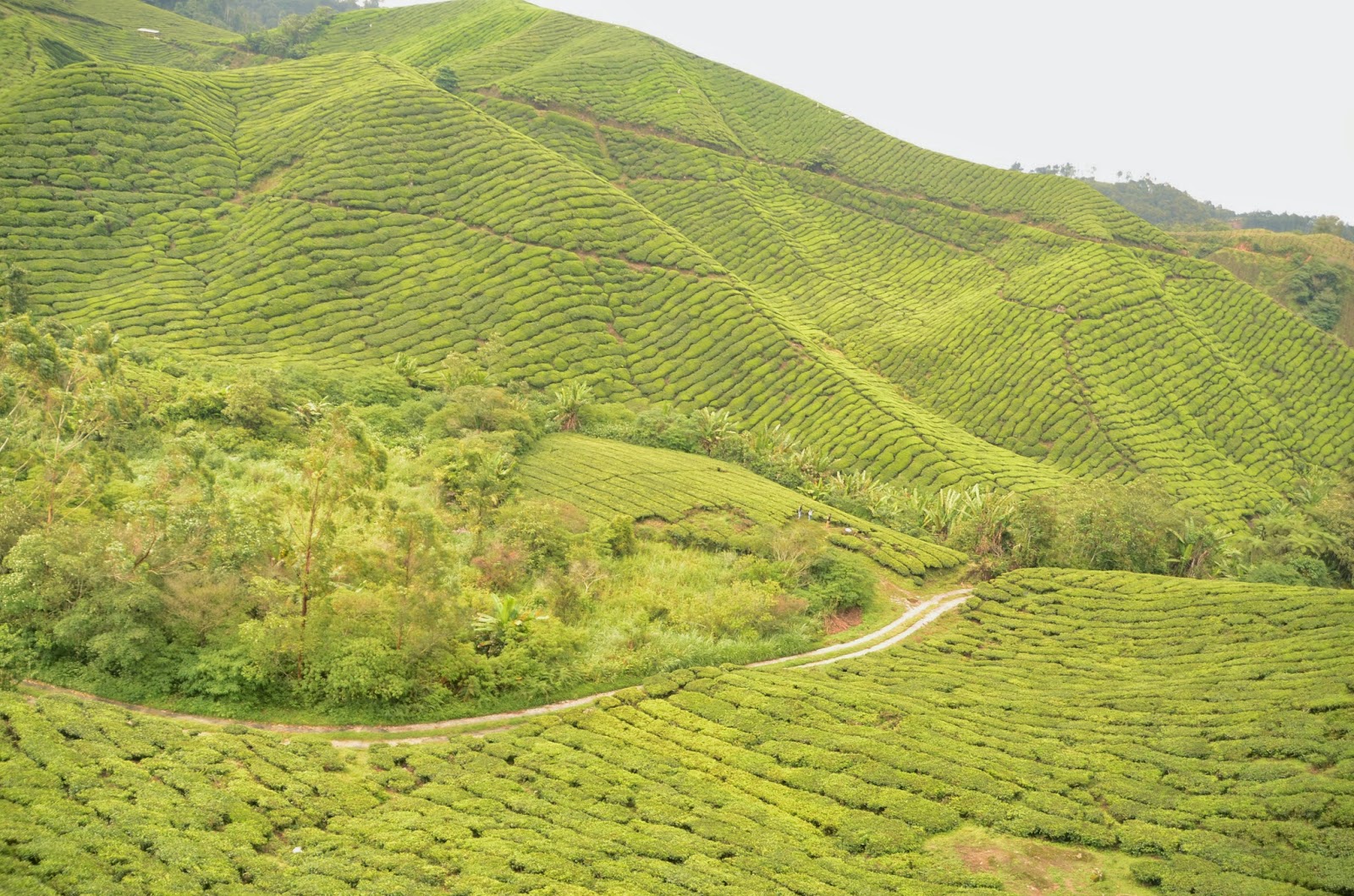 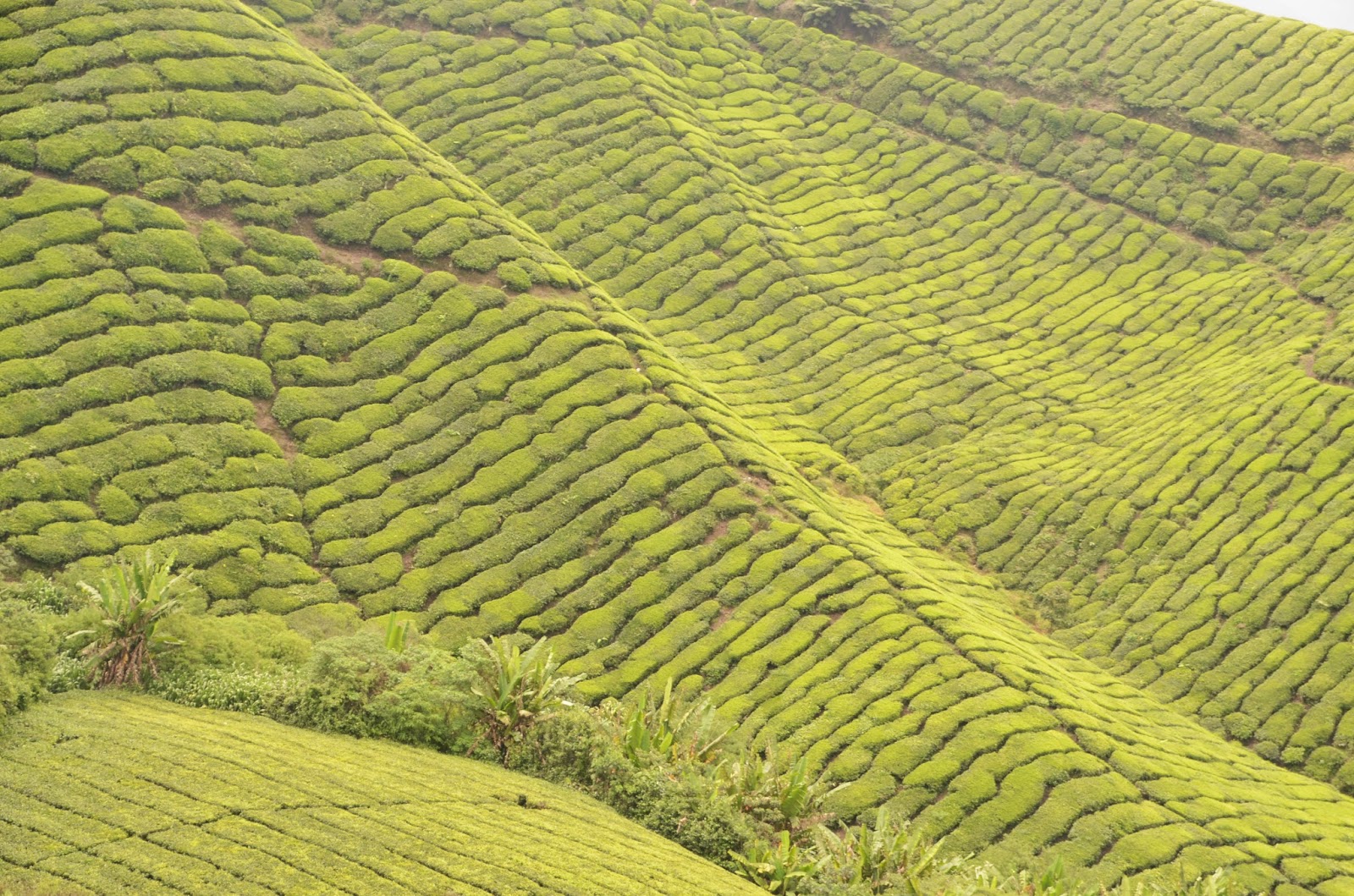 Green tea leaves are hand plucked every two weeks when the new growth or flush appears, a very labor intensive process but an experienced plucker can harvest up to 200 kilograms of leaf per day. It takes up to five years for tea bushes to come to maturity after planting. The leaves are plucked in regular 14 day cycles, with experienced pickers able to harvest up to 200 kilograms of leaf a day.
Only the most tender leaves are picked every morning at Sungai Palas BOH’s tea plantation. These are immediately transported using trucks to the tea factories to be processed for the flavor and aroma unique only to BOH. 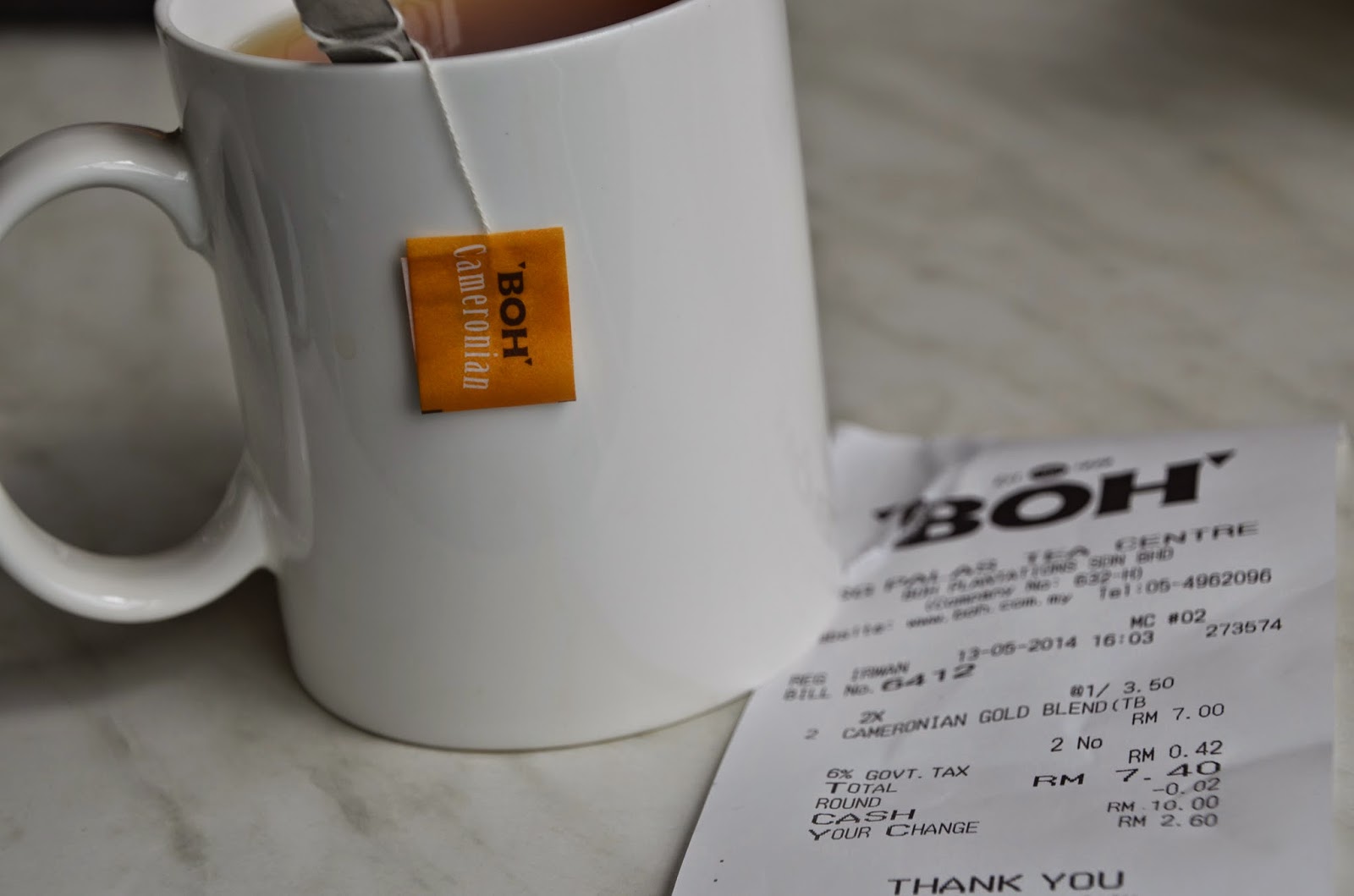 The BOH Plantation at Sungai Palas, Cameron Highlands has a unique cafe where tourists can enjoy a cup of tea with a panoramic view of the estate.