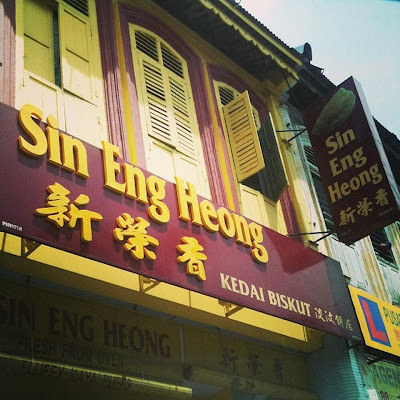 They moved a few shops away from their original location, expanding their business in an air-conditioned shop..

Previously operating two doors away, they moved to this new location, and revamped the ambience, albeit increasing the price by a minimal margin. However at a mere RM0.60 per piece (5 April 2010-RM0.70 per piece and now 24 august 2013-RM0.80 per piece), the puff may look mini, but in fact packed with flavours from the awesome kaya (egg jam) fillings, and the flaky, crispy-when-hot pastry. 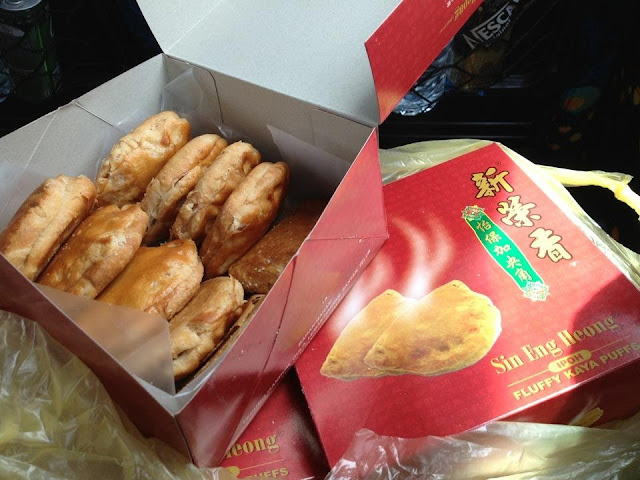 10 pieces to a box, or 5 pieces in the smaller plastic container. At RM0.80 each,On a good day, he bakes about 3000-4000 pieces of kaya puffs. And let’s put it this way. He only hires 3 staff in the ‘manufacturing facility‘. Aside from that? Himself, his wife and another helper will assist in rolling the dough for the other biscuits in the small section separating the retail portion of the shop, and the kitchen. 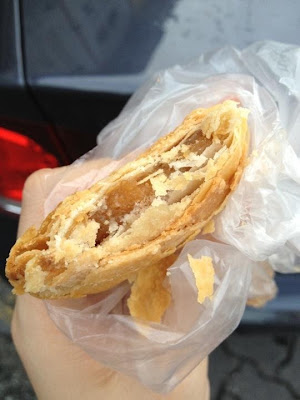 Perfect when consumed hot, or fresh from the oven, the puff retain their crispiness even after several hours.
Not an unusual scene, already a well-controlled crowd compared to some days when the rowdy and ruthless ones got all pushy and throw tantrums when they don’t get their way. People, you can always call and make reservation in advance.