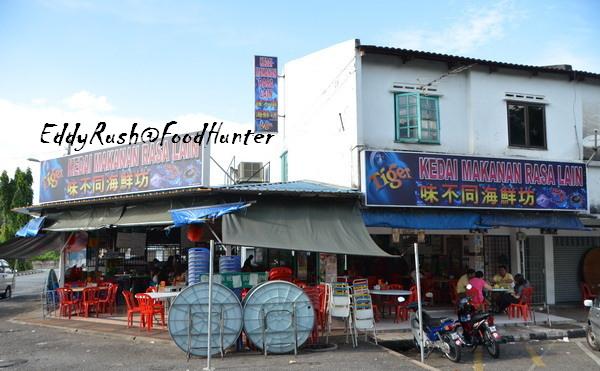 Kedai Makanan Rasa Lain ( 味不同海鲜坊) Is one of the most famous seafood restaurant in Bercham, Ipoh,well known for their crabs in claypot. It can be served in either rice or glass vermicelli noddles . 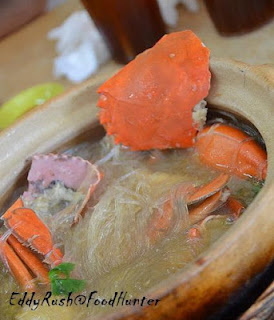 The soup was awesomely juicy and the crab meat was fresh.
the glass noodles was cook to perfection.
Their most recommended dish was the Crab Tanghoon (东粉蟹) at RM38 for a portion of Two,Even the size of the crabs used seems to be larger than usual.


For people who are not keen on glass noodles, the other popular dish is Claypot Rice With Crabs.

springy texture, with some fillings, these balls are rather filling on their own.
Good thing they did not relent and allowed.

The fish balls, which are slightly bigger than usual, are sold at a rather pricey RM1 each.
But that has not kept away fans who love their taste.
The History

The owners of Kedai Makanan Rasa Lain, famed for their signature Claypot Glass Noodles With Crabs (tung fun hai) and Claypot Cheese Prawns, are planning to open their first branch in Kuala Lumpur in August.

Wong, who is also the cook, believes it is high time for them to expand the business which has been so popular that even Hong Kong celebrities such as Eric Tsang have given the dishes the thumbs up.

Food bloggers and reviewers have given the place and food good ratings as well.